Legends of Omeria is a successfully funded Kickstarter project by DMDave/Hamrick Brands LLC. As Editor in Chief for the Legends of Omeria project, Scott Craig offered his design and layout services for every aspect of the starter set, including the game box, the campaign and rule books, the punch-out minis, the maps, the GM Screen, and the character sheets. Delayed by mismanagement, shortages and other challenges caused by Covid-19, Jennifer Craig was brought into the Legends of Omeria project in May, 2021 replacing all former contractors hired to coordinate the project. Acting as Director of Logisitcs and Project Manager, Jennifer has worked diligently to get the Legends of Omeria project back on track by quickly establishing a comprehensive logistical strategy where none had previously existed, and then immediately putting the plan into motion. Some of the services Jennifer has provided for the Legends of Omeria project include: terminating the agreement with the previous manufacturing company, the hiring of a well-known & reputable board game manufacturer in China, overseeing the artwork files, establishing proper dimensions, weights and manufacturing materials to be used for the game box and its components, overseeing the proofing process, establishing an agreement with a US-based freight forwarding company for customs export from China, cargo shipment by boat and import customs to the United States, forwarding by land from port to distro warehouse, and contracting a US-Based 3PL distributor with expertise in global board game fulfillment. 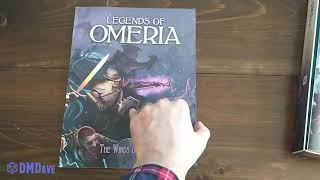